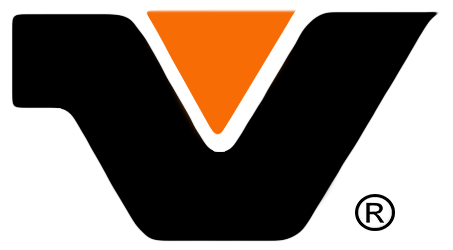 VGD Gold Pin Shackles should not be subjected to high or low temperatures that could affect thermal treatment and the strength of the shackle.

If shackles are to be used in temperatures above or below these ranges, the manufacturer and/or a Qualified Person should be consulted.
Our golden pin shackles have been quenched and tempered and can meet DNV impact requirements of 42 joules (31ft.lbs) at -20 degrees C (-4 degrees F).

Lets talk about the cold which is more likely what you’ll encounter because we know our weather can’t reach 400f or 204c.

We’ve been getting a lot of requests from end-users about the operating temperature for our Golden Pin shackles.

So why is this a Titanic question?

It is believed that a large contributing factor to the Titanic sinking was due to poor steel performance at cold temperatures.

Yes, the ship hit an iceberg and the musicians kept playing, however, the steel composition of the hull wasn’t equipped to handle cold temperature and became brittle and fractured. Had this happened in warmer water the outcome could have been vastly different.

Now that we have Rose and Jack out of the way we can talk more about why.

For the nerdier, here is a little information on the why.

There are a few elements that have a direct impact on steel in cold weather:

Why do we care about cold temperatures?

It is important because of the reaction of steel when subjected to cold temperatures.

Like what happened to the sinking of the Titanic the molecular state of the grain will change as the temperature drops causing a reduction in ductility/elongation. When this happens, the steel will no longer show as many signs before braking. Metals that are typically ductile at room temperature may lose that in the colder temperature and become stiffer and therefore brittle.

The brittle transition temperature is the temperature where fractures in steel change from ductile to brittle. In other words, instead of bending, it breaks. The temperatures will differentiate based on how the steel is composed, the profiles, and heat treating. If people are using steel below temperatures of -20 it means that an engineer cannot accurately predict the mode of failure in the low-temp zone. Any brittle failure will be catastrophic, but the failure won’t necessarily be predictable. It will be from a random impact, dynamic loading, or propagate out of a crack or nick.

Charpy impact test, or V-notch test, is utilized to determine the amount of energy absorbed by steel during a fracture. The energy absorbed gives a measurement of toughness and helps determine the brittle transition temp. Two criteria needed to run the test are the amount of load (in foot/pounds) and the temperature of the sample. The test is relatively quick and cost-effective. It confirms that the steel will be able to stand up in weather conditions required for the end-user.

Why don’t more factories do these tests?

The way steel reacts at room temperatures will not give you any indications of how well it will perform at low temperatures. Meaning you can have a perfectly fine shackle that tests within specs but subject it to cold temps and it fails the DNV impact test. That’s another reason why they don’t do the test.

For a lot of applications and as long as the user doesn’t push the safety factors there shouldn’t be an issue, however, a lot is riding on it.

Why by VDG Chain shackles? Because they not only meet the performance requirements of”

Buy VANGUARD because you don’t need to compromise on safety.

Vanguard Steel for all your critical rigging products.

Theatrical Shackles are specially designed where dark, non-reflective shackles are preferred such as is needed in the entertainment industry.